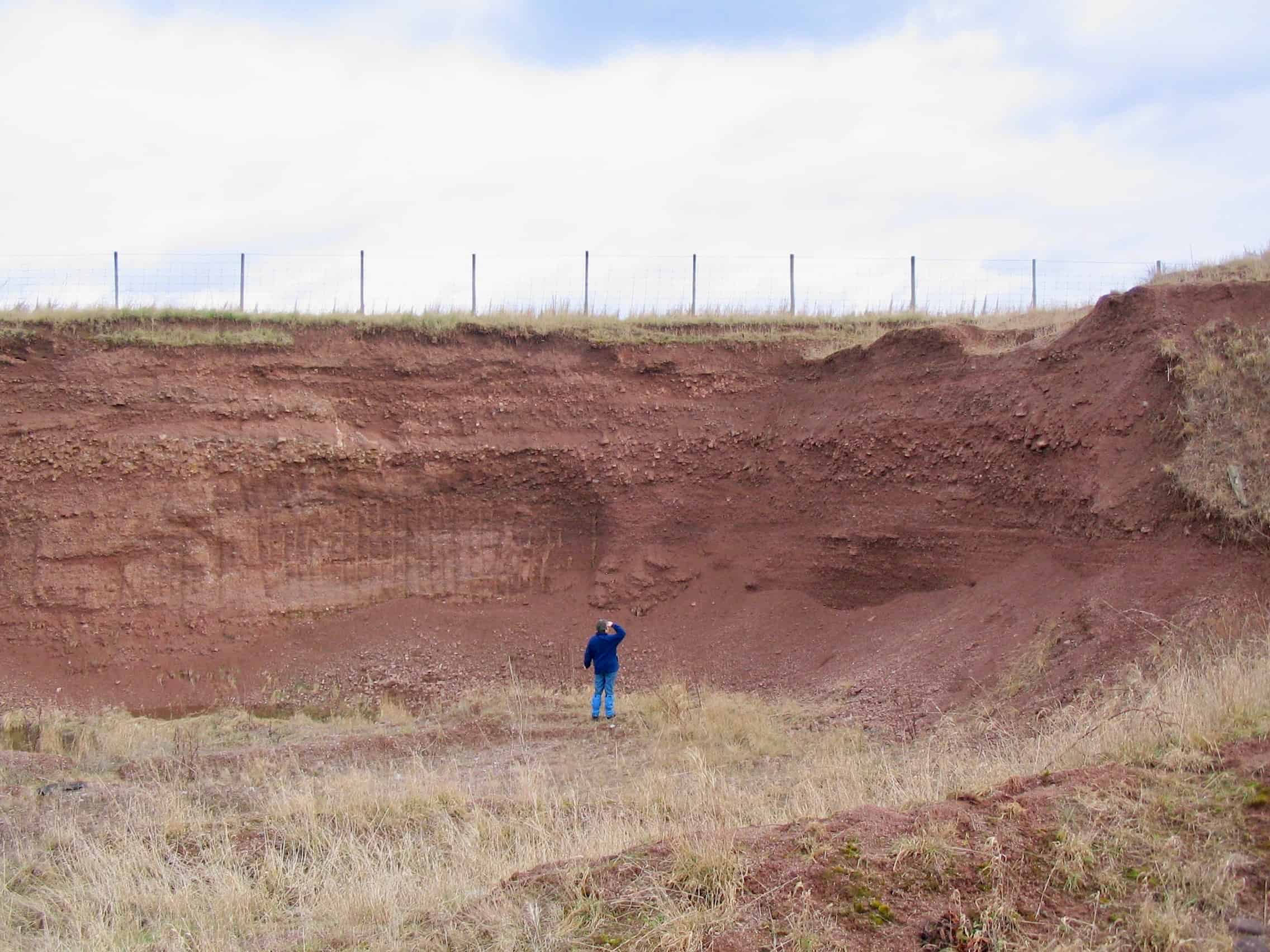 In Upper Lyde Quarry there are well stratified gravels of variable coarseness and sorting, consist mainly of Old Red Sandstone clasts with Lower Palaeozoic and igneous lithologies comprising less than 5% of the small pebble fraction.  The large pebbles and cobbles are of sandstone and the smaller pebbles are of calcrete nodules.  Imbrication in the coarser beds indicates a current direction from south west to the north east

There are two units of gravels in the Portway to Burghill area, representing the final phase of wavering during the retreat of the Middle Pleistocene ice-sheet across Herefordshire.  The lower of two sequences of deposits is found on either side of a bedrock ridge at Upper Lyde and shows the development of an outwash plain.

The 8m section represents a cycle from finer layered gravels, through to coarser material including some boulders, and then a return to finer gravels and sandstones.  The change in grain size reflects changes in the carrying capacity of the meltwater that deposited the material. This sequence represents the change in the distance to the meltwater source at the ice-front, or perhaps, seasonal variations in meltwater production.  These gravels have been enclosed and subsequently deformed during a minor readvance of the Middle Pleistocene ice-sheet.

Imbrication – The pebbles have been tilted in the direction of flow of the current.

Carrying capacity – A stronger flow of water is able to carry coarser sediment and vice versa.

General view of middle of pit at Upper Lyde Quarry.

Brandon, A., 1989, ‘Geology of the country between Hereford and Leominster’. Memoir of the Geological Survey of Great Britain, Sheet 198, British Geology Survey. London, pp. 62.