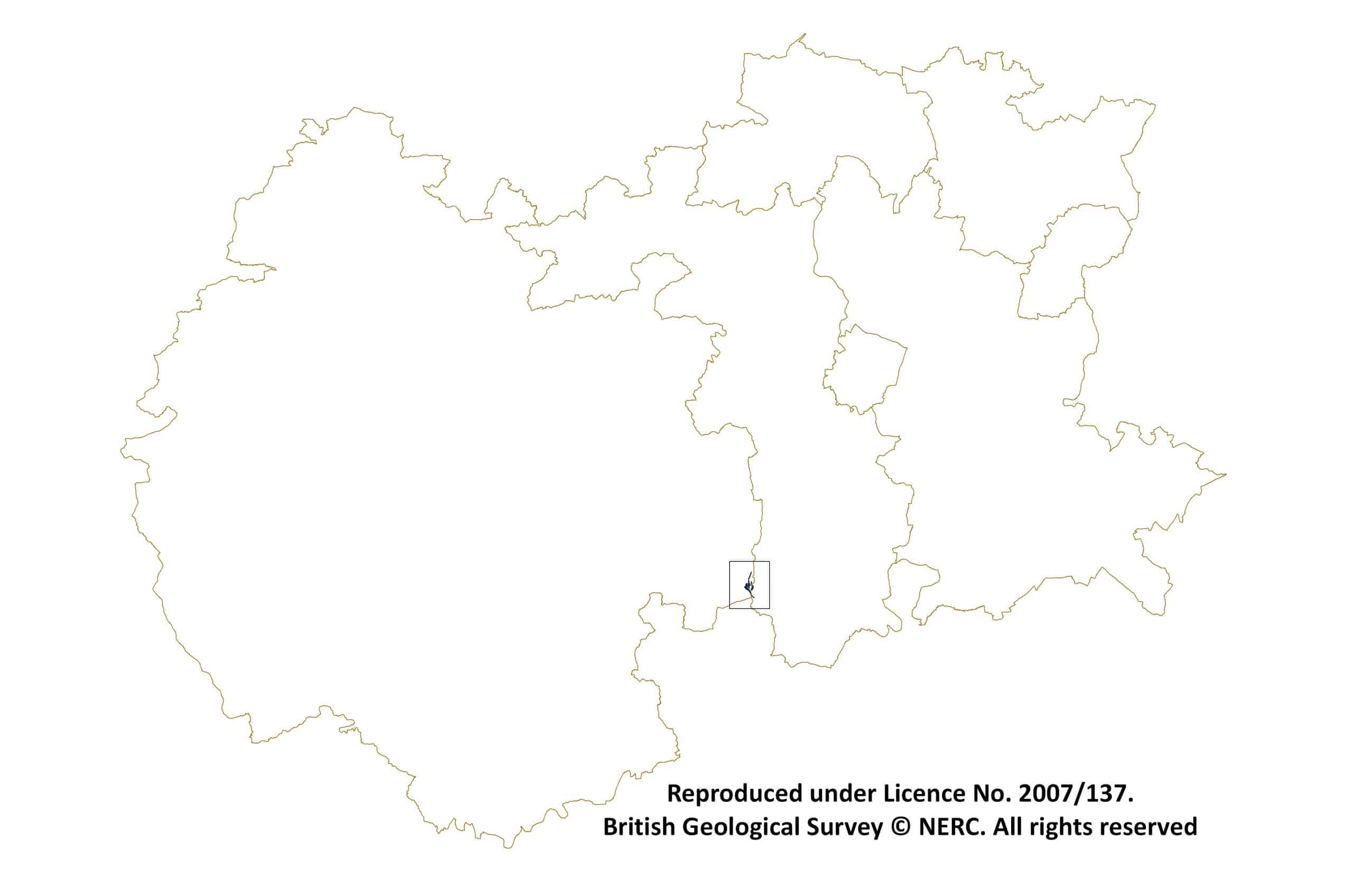 The outcrop of Cambrian strata in the two counties is very sparse, with only a few sites being known.

The main outcrop of the Hollybush Sandstone stretches from just south of the Gullet along the west side of the Malvern Hills to Whiteleaved Oak, with small outcrop at Hollybush Quarry and Winter Coombe.

Named after the site of its first description in Middle Hollybush Quarry, the unit sits conformably above the Malvern Quartzite and consists of flaggy, micaeous, green sandstone with some thin conglomerates. It is suggested that the Formation is of a shallow marine origin, due to the presence of glauconite in the rock. At one quarry, the Formation is seen to  rest directly on the Malverns Complex, with both an unconformable and faulted surface being seen.