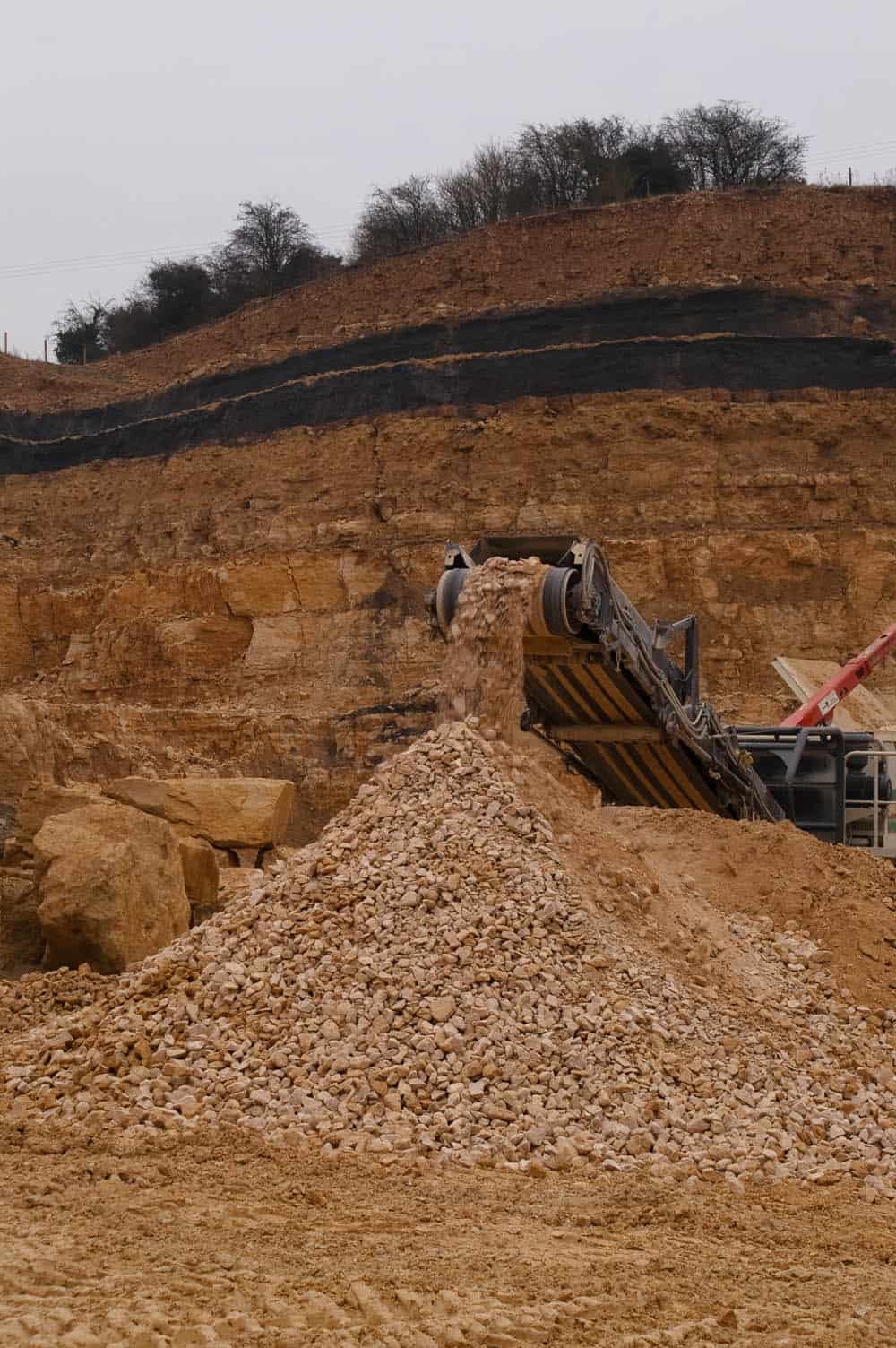 The Birdlip Limestone Formation forms the basal unit of the Mid-Jurassic Inferior Oolite Group. The Group is not very widespread, occurring only in the southeast corner of Worcestershire, where it forms outlying hills and escarpments in areas such as Bredon Hill and Broadway.

The Birdlip Limestone Formation comprises mainly oolitic limestones, but also contains shell-fragmental limestones and sandy limestones. Within these lithologies there are occasional beds of sandstone and subordinate calcareous mudstone. The Formation consists of five members, which are hard to distinguish in the field. Contacts between the upper most three members (described below) can be seen at Broadway Quarry.

This is the thickest member and also the most extensively quarried. The unit is dominated by well bedded, well sorted medium to coarse-grained ooidal grainstones. The base of the Member is sandier than the rest of the unit. The Member also varies laterally, getting more ferruginous from west to east, with the exposures around Broadway being markedly more yellow than those seen at Bredon Hill. The only definitive exposure in Worcestershire is at the base of Broadway Quarry, where a hardground is developed at the top of the Member.

This unit is dominated by pale grey and brown, medium to coarse-grained, peloidal and ooidal packstone and grainstone interbedded with shelly limestone dominated by calcitic mud. It is known for its well preserved fauna which includes brachiopods, corals and bryozoa. The Member is also exposed at Broadway Quarry.

This is the uppermost of the Birdlip Limestone Formation. It comprises grey to orange-brown, fine to medium grained sandstone at the base, overlain by grey/brown, silty mudstones with variable sandy or shelly beds. This is topped by a pale grey and brown sandy, shelly, peloidal and ooidal limestone. The Member underlies an important disconformity resulting in a lack of exposure outside of Broadway Quarry or in boreholes.