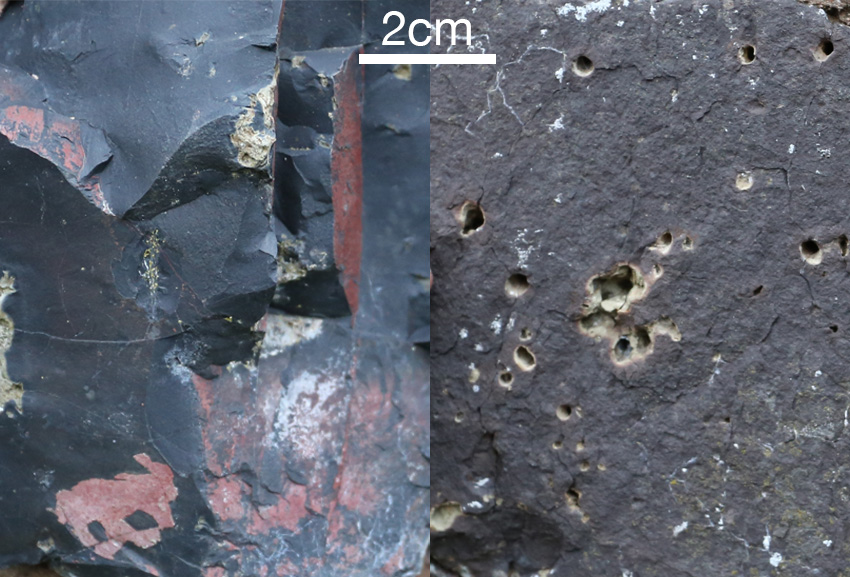 The Carboniferous marks the time in which there was a sharp drawdown of atmospheric CO2, which produced cycles of glaciations and also led to the deposition of the massive coal measures that were subsequently exploited during the industrial revolution. It is from the study of these coal measures that the Carboniferous system was erected. The rocks of this period outcrop in the north and north-western part of Worcestershire, centred on the Wyre Forest Coalfield. They consist of deposits laid down in a flat, swampy, deltaic environment, ideal for coal formation.

The prevalent Coal Measures have not been used for aggregate, however igneous intrusions of the same age have been quarried. Igneous intrusions are discordant bodies, a few cm to over 100 m thick, and can be of any length. They are produced when magma is injected along fractures in the country rock. The tectonic settings responsible for the emplacement of Carboniferous intrusions have not been established, although it may be related to crustal extension following the Variscan Orogeny.

The Brockhill Dyke outcrops in an east-west fashion for around 1000m just north of Brockhill Court across the Teme Valley, disappearing into an area known as the Standbatches. Here the resistant nature of the rock creates a barrier which the river does not cross initially, and is forced to flow parallel with the intrusion for a little way. The dyke is composed of dolerite, and the contact with the surrounding country rock into which it is intruded (the Raglan Mudstone) has produced a fine example of a chilled margin. The only exposure occurs at Brockhill Court Quarry where the intrusion is around 7.8m thick.