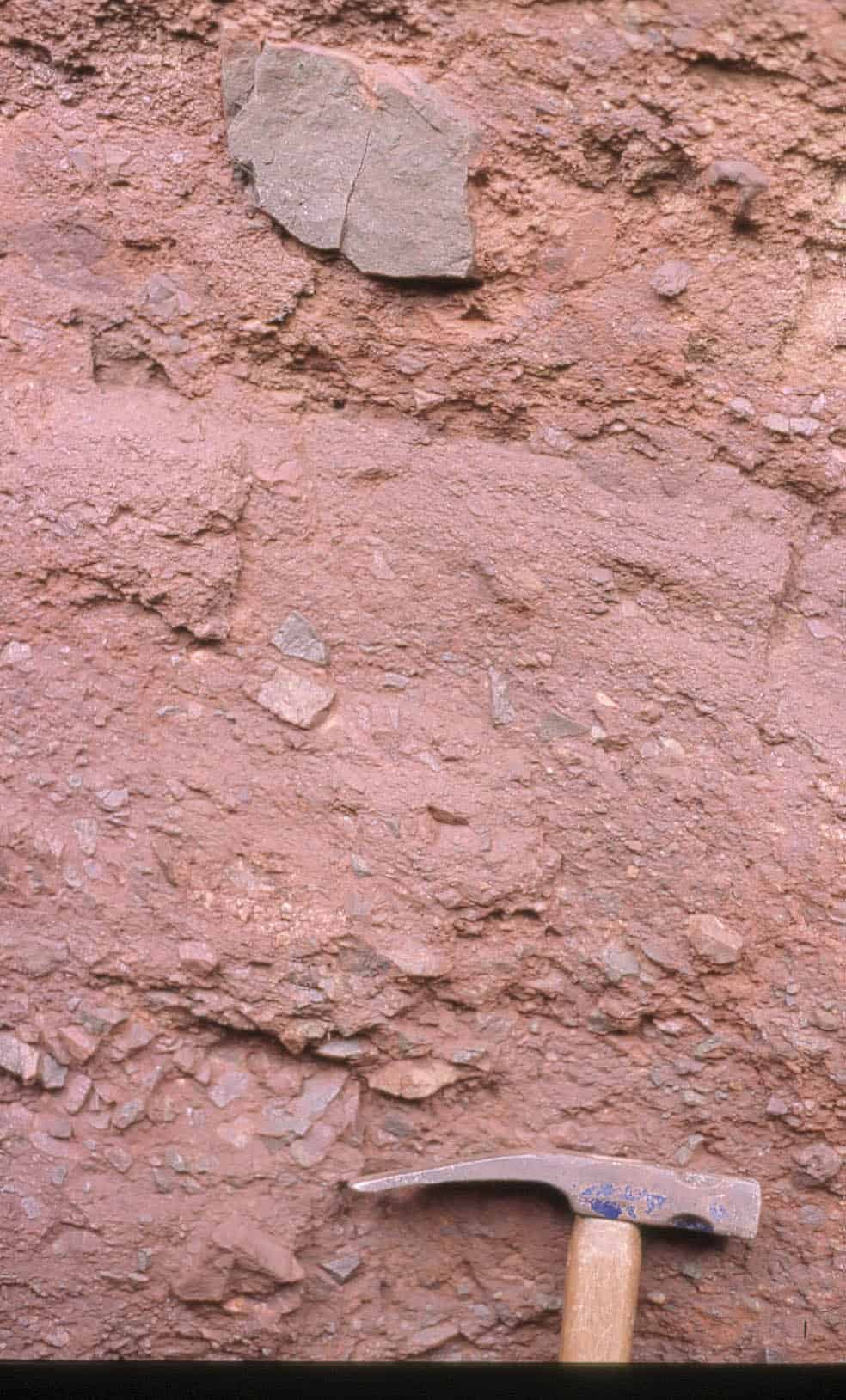 During Permian times, massive global warming led to the reduction in coal deposits and glaciations (an icehouse world) and a change to desert deposits and arid environments (a greenhouse world). In Worcestershire, the period is marked by the subsidence of the Worcester Basin, leading to the thick accumulation of red sandstones and mudstones in a dry, arid environment. The Permian is represented here by two formations occupying patches in the north and west of the county.

The Clent Formation, locally known as the Haffield Breccia, has a patchy outcrop in Worcestershire, occurring on Ankerdine, Woodbury, Abberley, Stagborough and Church Hills, which were all previously quarried for aggregate. The largest outcrop is at the type locality where the Formation underlies, and is the reason for the presence of, the Clent Hills. In Herefordshire an outcrop south of Ledbury is the type locality for the equivalent unit, the Haffield Breccia Formation.

The rock is identified by its characteristic breccia, consisting of unsorted, angular clasts up to 256mm in diameter, set into a sand/mud matrix. The clasts consist of Pre-Cambrian rocks from the Malvern Hills and Shropshire, with subordinate clasts from Silurian and Devonian units. There are few Carboniferous rocks. The unit was deposited in a semi-arid climate, by proximal, (with respect to upstanding relief) fluvial and debris flow processes. It is also seen resting on the Salop Formation near Kidderminster. A quarry on the hillside at Ankerdine Hill shows the unit, as does Osebury Rock on the south bank of the River Teme.