The common is an attractive and popular recreational area close to the confluence of the Stour and Severn rivers, south-east of Stourport. This view is from the flat area to the west and was taken while standing on Severn River Terrace 2, where the Worcester sand and gravel of which it is formed is evident from the mole hills. The river has cut down a further 8 metres since it left these deposits here about 14,000 years ago. In the foreground is the area of wind-blown sand for which the common is famous, because it is unusual to find wind-blown sand away from coasts in damp climates. The loose sand is obvious on the main paths and steeper slopes. The ridge in the picture, at thirty metres higher, is Severn Terrace 4, being topped by the Kidderminster Station sand and gravel. This was laid down around 170,000 years ago by the River Stour. Later, the River Severn broke through at Ironbridge to join forces with the Stour, which cut back deeply through the bedrock of Wildmoor Sandstone. Note that Terrace 3 here (Holt Heath sand and gravel) is missing. Either it was all washed away by the river or the riverbed at that time was further to the west.

The Wildmoor sandstone is bright red and exceedingly soft. It is early Triassic in age (~ 250 Ma) and can be found in at least two places on the common. One of the steeper paths to the ridge (to the left in the first picture) has cut a metre-deep channel a little short of the summit, where the sandstone can clearly be seen with the vestiges of Kidderminster Station sand and gravel lying on top, (photo above). Recent heavy rain has highlighted laminations in the fabric of the rock. (see below) So where is the fifth variety of sand?<

In the lower, wooded slopes in the extreme south-east of the area, on the far side of the ridge in the picture above, tree-roots have disturbed the underlying bedrock. These stones are quite different: harder and coarser, with a richer variety of grains. They are Helsby sandstone (formerly Bromsgrove sandstone). Lying disconformably on the Wildmoor sandstone, they are mid Triassic in age.

If you find an exciting new exposure in the two counties, or one that you think needs more attention, we would love to hear from you. Please get in touch. 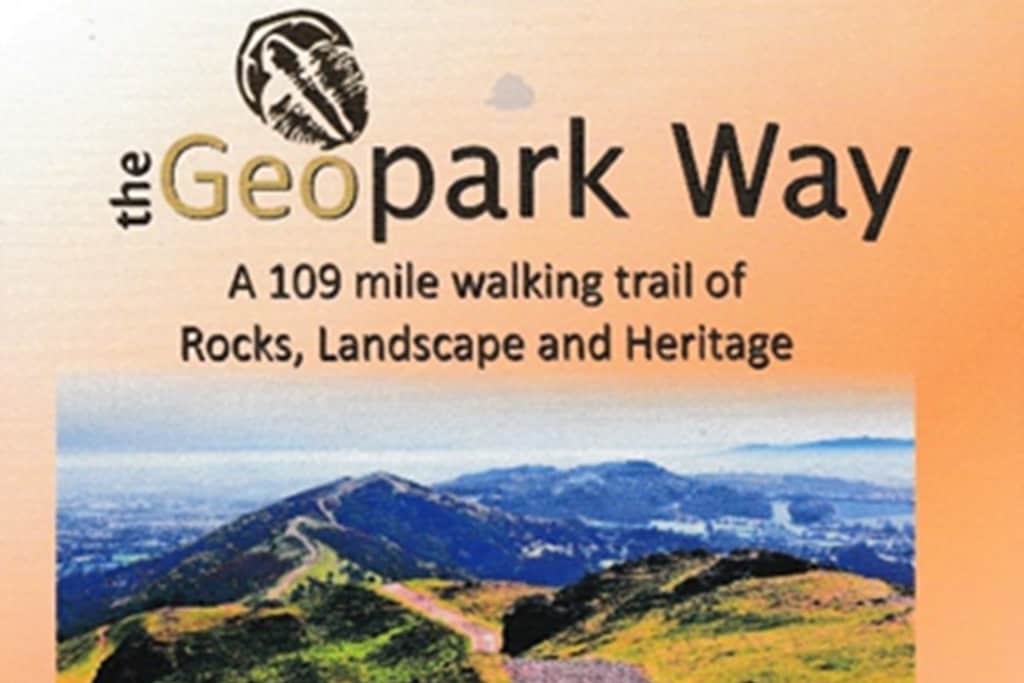 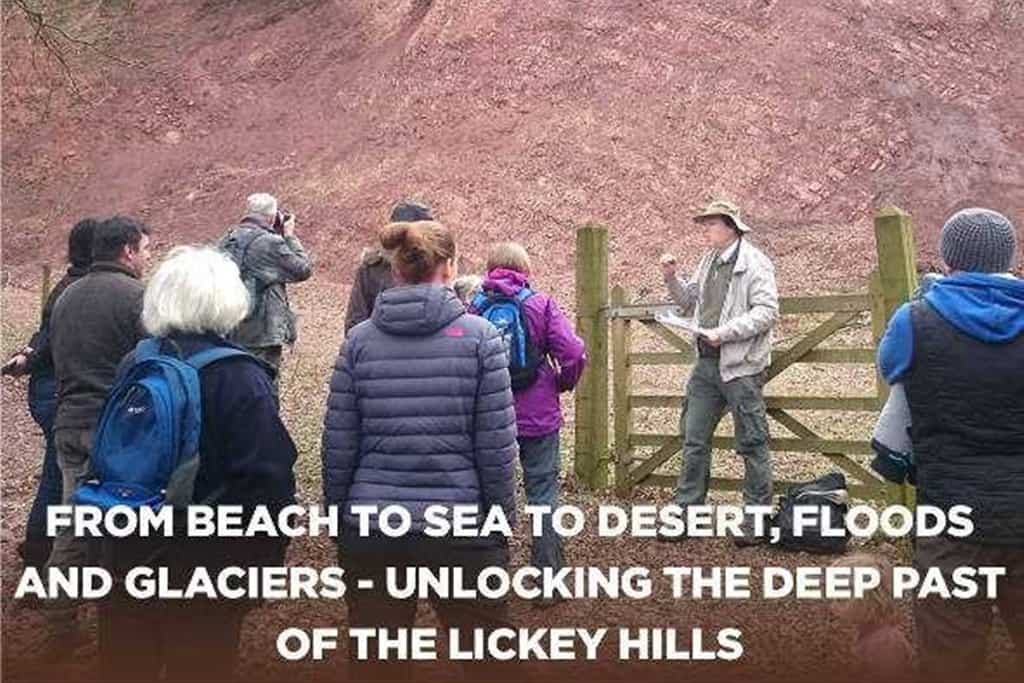