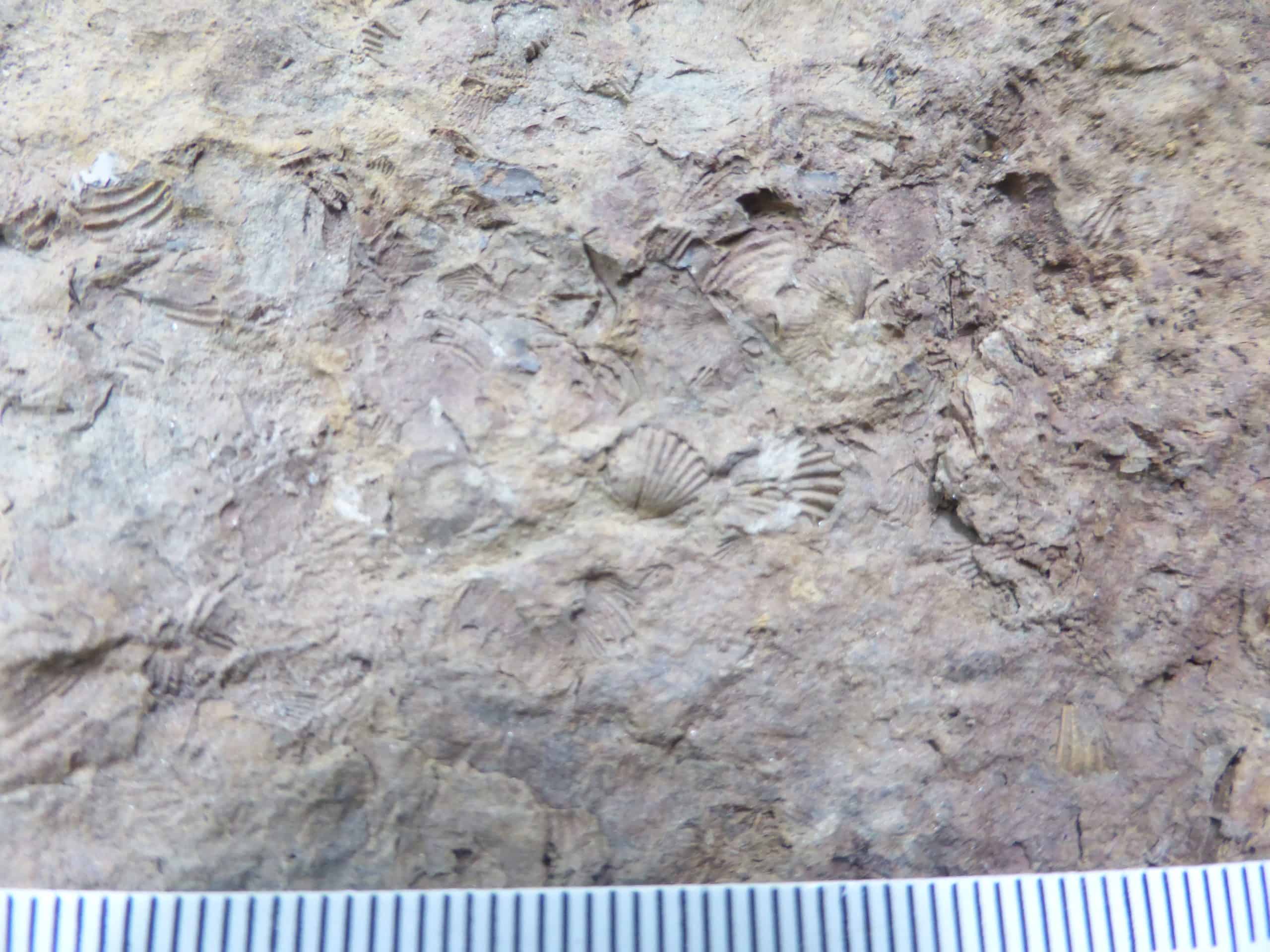 The quarry faces extend over 60m from east to west and expose an almost continuous section across the Silurian Ludlow – Pridoli boundary.  In the eastern part of the quarry, the uppermost beds of the Upper Ludlow Shales are exposed.  These beds, also known as the Whitcliffe Beds, are predominantly calcareous siltstones with occasional limestone horizons.  They are fossiliferous.  At the very top, the siltstones give way to 6m of thinly bedded, micaceous, current rippled sandstones with shale partings.  About three quarters of the way along the face, the transition from marine to non-marine sedimentation is shown by a change from the siltstone with marine fossils to the river sediments of the Downton Castle Formation.

In the western part of the quarry, a small section through the Downton Castle Sandstone is exposed, overlying the weathered surface of the Upper Ludlow Shales.  The rocks are fine-grained, buff coloured and comprise quartz, muscovite and limonite.  They are thought to have been deposited in a fluviatile environment.

The Whitcliffe Beds here contain an abundant fauna including brachiopods Protochonetes and Camarotoechia as well as mollusca.  The Downtonian contains only the brachiopod Lingula which may occur in the sandstone bands and occasional plant material.

Dr Paul Olver, a geologist on the Trust’s Executive Committee explains the geology on a field trip to Brockhill Farm Quarry. 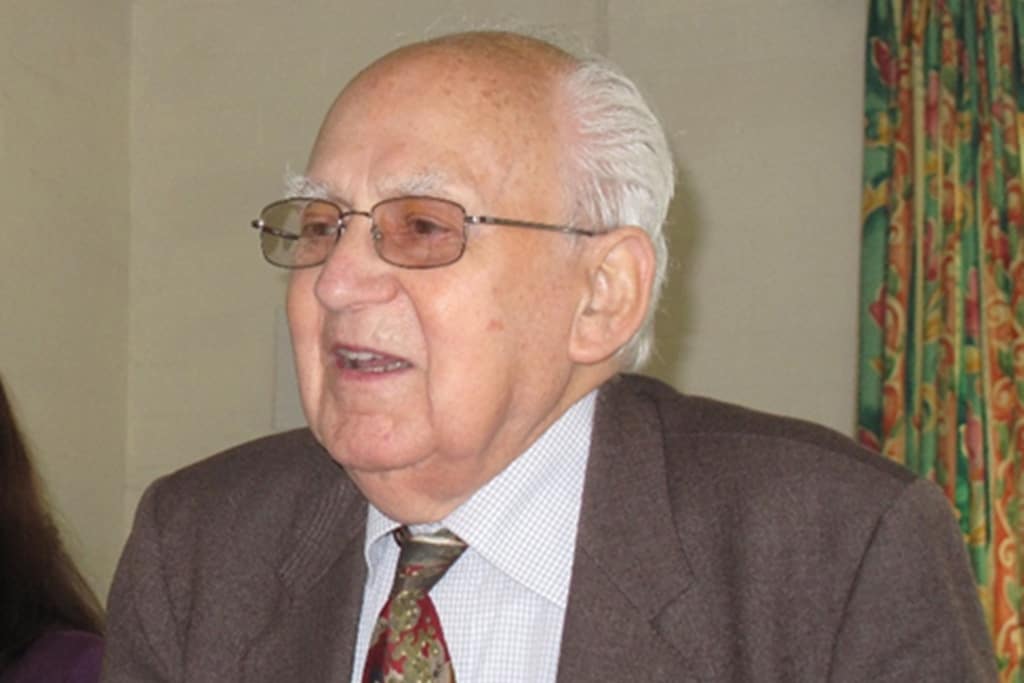 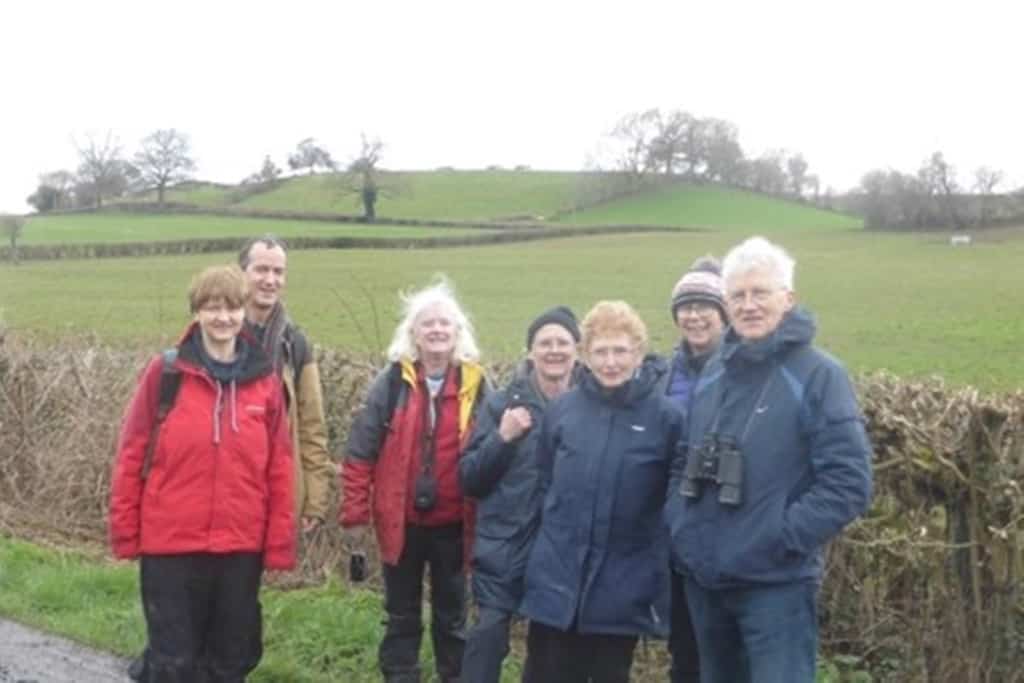 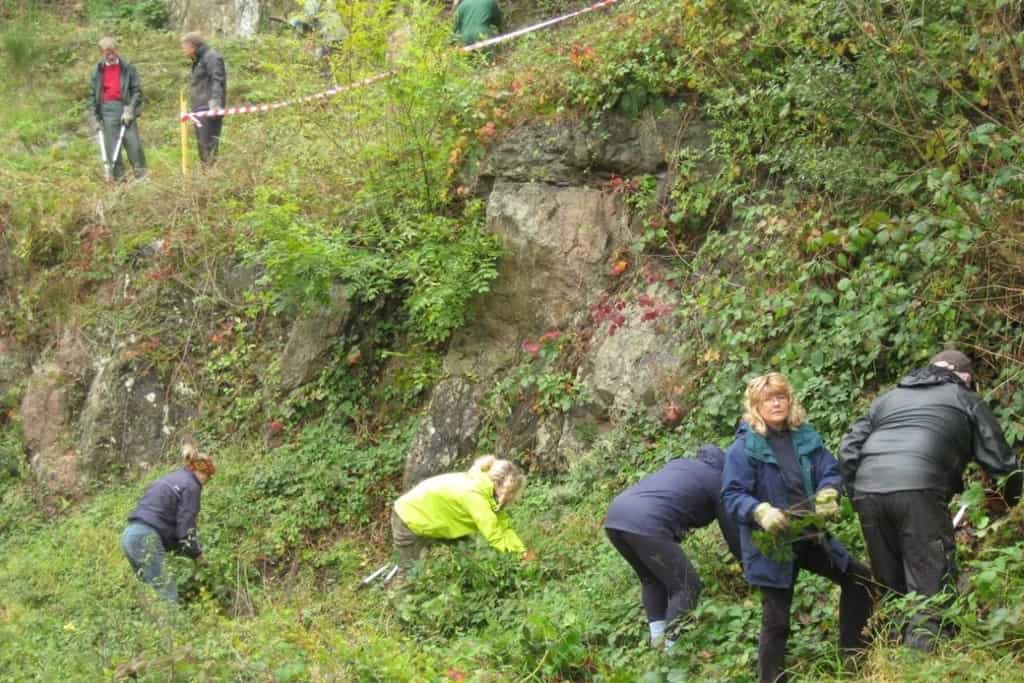