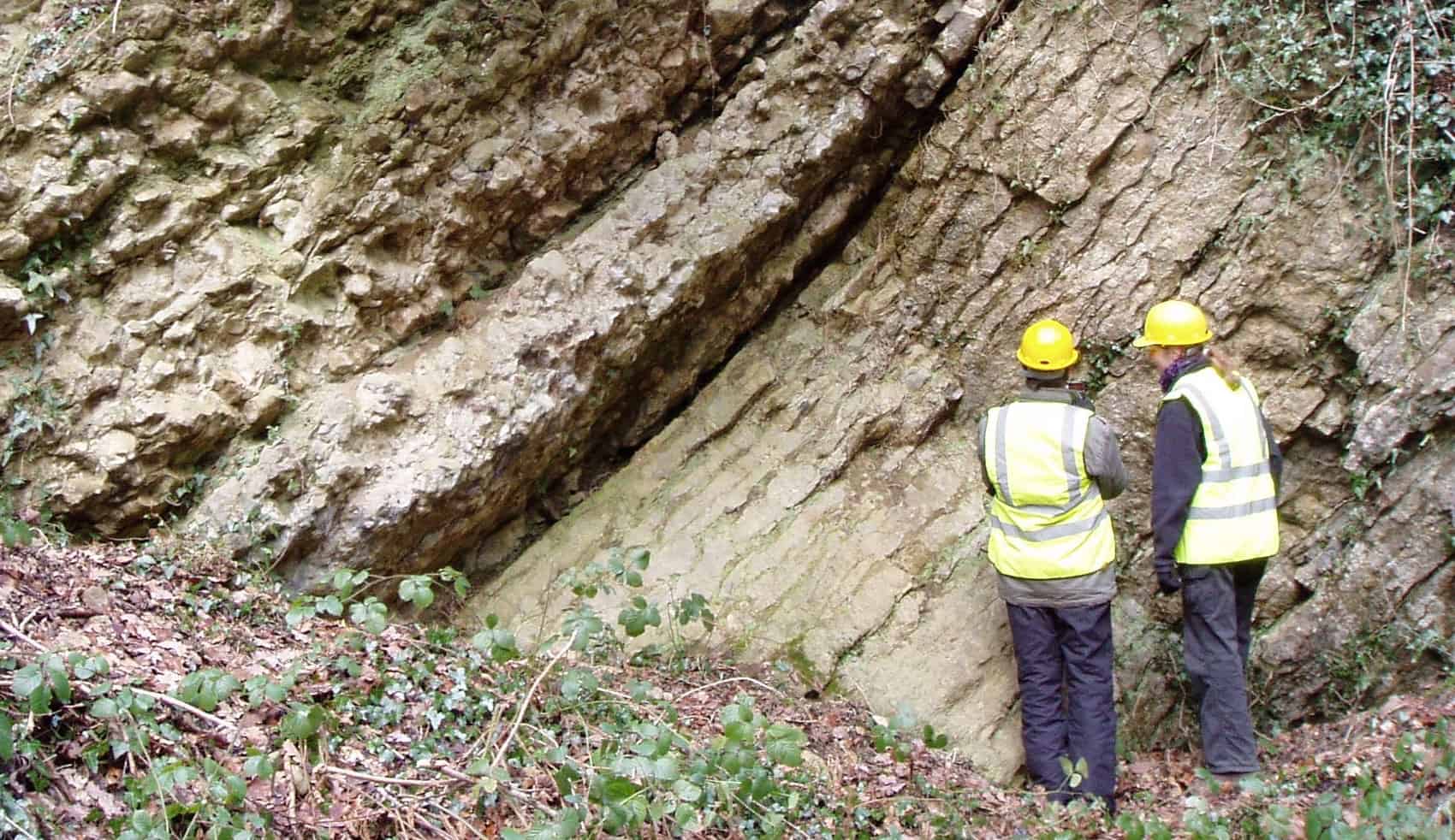 The right hand side of the quarry exposes rock dipping at an angle of about 45°. The rock units at this locality are grey-green limestones that are slightly nodular at the base of the outcrop. Above this zone of nodular limestone, the beds are thinly layered (20cm width) and are made of a fine grained material which is possibly bentonitic in origin. This small face contains beds with abundant brachiopod fossils, a species of bivalve that may be related to the pectinoid family.

Structural geology is more important than lithology at this site; a well-defined fold hinge and limb are apparent across ~20m of exposure. The core of the fold could lie at the base of the exposure. There is also a regular series of radiating fractures related to the fold axis (that would correspond to coeval cleavage plane development). The structures preserved at this locality are important in understanding the 3D geometry of rocks in the surrounding area, as the site forms part of a larger fold structure called the Ledbury Anticlinorium.

Slickenside – a smoothly polished surface caused by frictional movement between rocks along the two sides of a fault, which is normally striated in the direction of movement.

Basset, M.G., 1970, ‘The articulate brachiopods from the Wenlock series of the Welsh borderland and south Wales, Part 1’, Monograph of the Palaeontological Society, vol. 123, no. 525, pp.26.