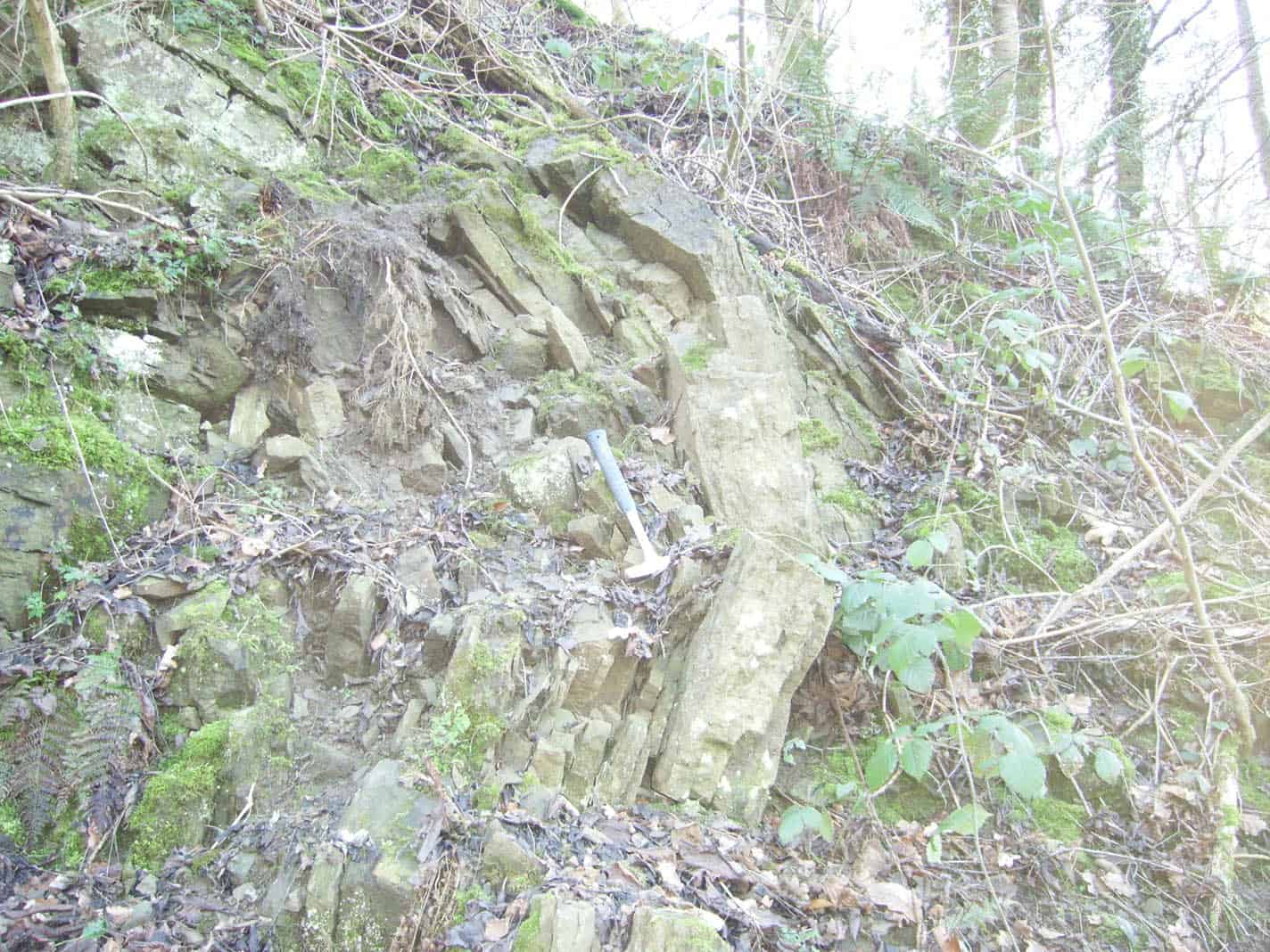 This disused quarry exposes about 3m of khaki-coloured, quite thickly bedded siltstones with abundant brachiopod and bivalve fossils towards the top of the Upper Ludlow Shale Formation. On average the beds dip 30 – 45o down towards the northwest but are overturned in the south-west corner of the quarry. This overturning is most likely due to folding associated with faulting; however previous work attributed the overturning to soil creep. Bedding in the middle of the quarry is also disturbed and variable, and the strata broken and cambered.

Access to the higher exposures is generally quite difficult, due to vegetation-covered scree slopes. However, easily accessible exposures are present in the northern corner of the quarry. The beds are extremely fossiliferous, and also contain a range of brachiopod and bivalve species.

Soil creep – gradual movement of soil down a slope due to gravity.

Detail of bedding at Firth Barn Quarry, showing well-defined siltstone beds dipping down towards the left of the image.

Fold hinge in the upper Ludlow Shales at Frith Barn Quarry. The rocks are folded so that beds on one side of the fold hinge are overturned.