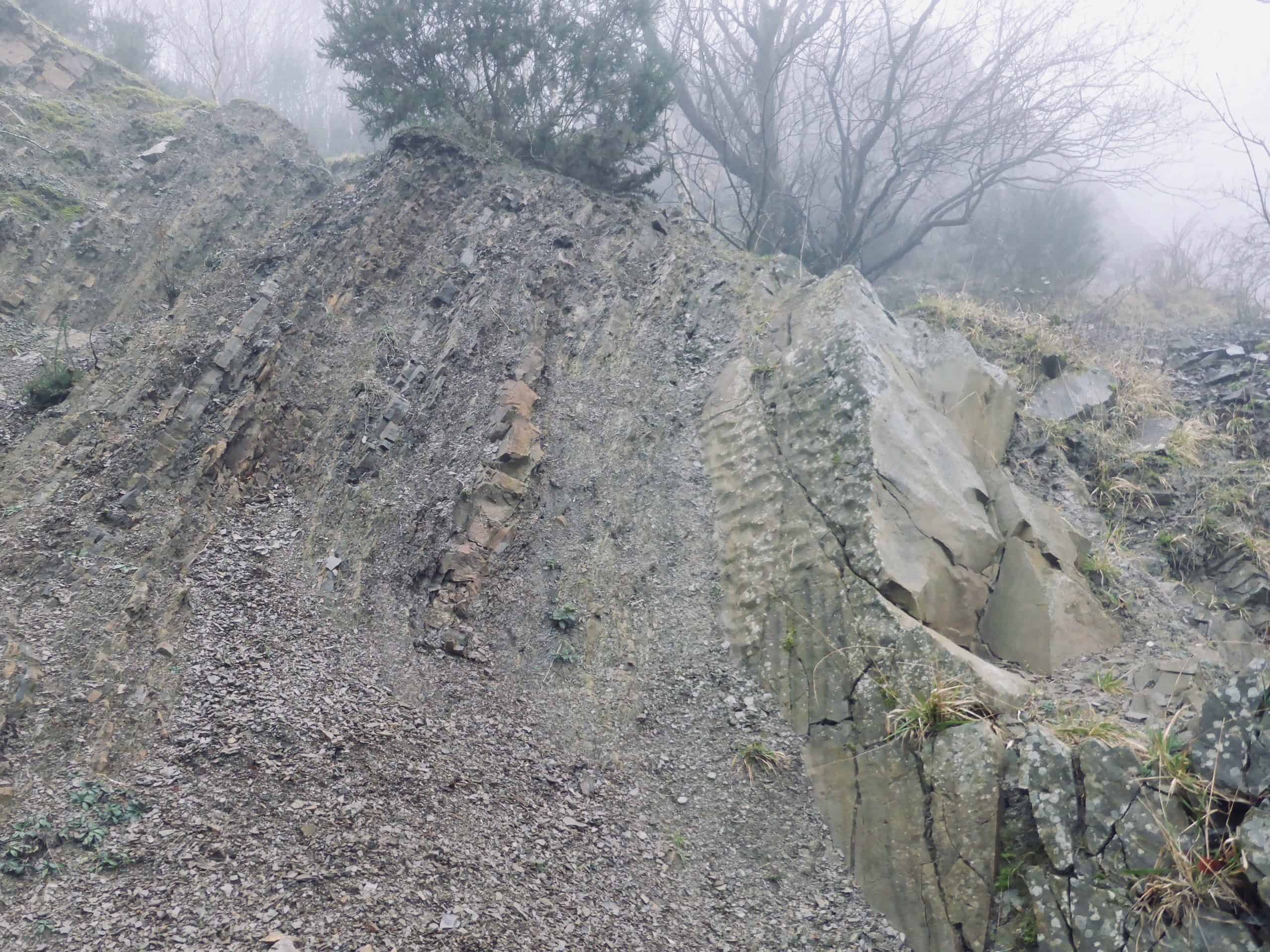 The nature of the contact between the Malverns Complex and the overlying Silurian rocks has been a matter of debate for many years, although the balance of opinion now favours an unconformable relationship. A fault which cuts the Silurian sequence and extends into the Malvernian below is probably of Upper Carboniferous age, associated with the uplift of the hills.

Gullet Quarry shows a section through the Wyche Formation of the early Silurian, directly overlying Precambrian Malverns Complex. A conglomerate at the base of the Silurian, resting on an undulating surface of Malverns Complex, contains a layer of shelly limestone embedded in which are pebbles and boulders of Malverns Complex granite, with coral and brachiopods in the position of growth.  A retreating cliff-line with seashore stacks is visualised as the environment at this time.

Above the conglomerate a series of sandstones, limestones and shales of the Wyche Formation yield abundant fossils at some levels, especially in the decalcified limestones, and include several species of brachiopod, corals and nautiloids (cephalopods). Two marine fossil communities have been described at this locality, which represent a gradual change in the marine environment from shallower to deeper water.  The unit also preserves good examples of Silurian microflora (acritarchs) and conodonts have also been recorded in the limestones. The rocks display good sedimentary structures, such as scours, groove casts and impact marks. Occasional layers of ripple drift bedding may also be found, indicating deposition in moving water.

The Malverns Complex at this site is a grey cataclasite. The rock is schistose and contains bands of the minerals quartz and feldspar, which are separated by thin laminae of the minerals muscovite and chlorite. It is these two minerals that give the rock a schistose texture.

Cataclasite – A type of rock formed by fracturing during faulting. It is characterised by large, angular pieces of rock surrounded by finer-grained material.