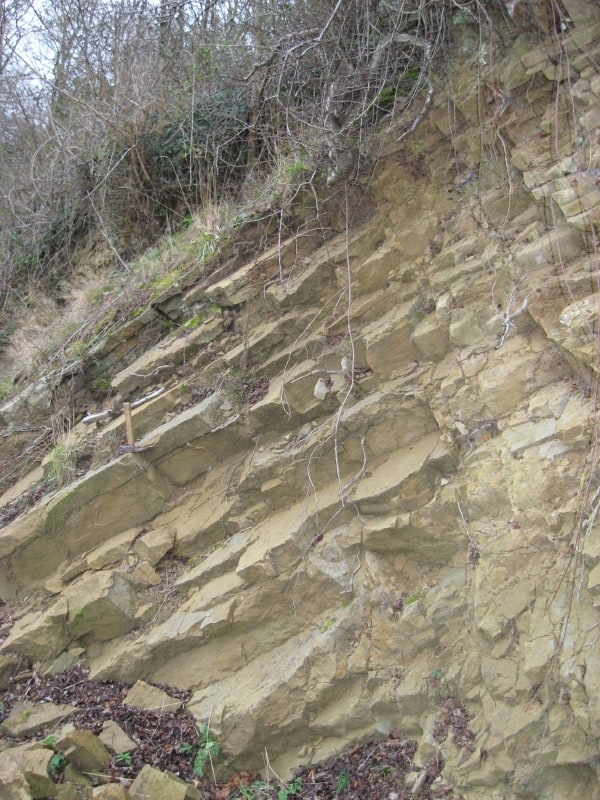 The small outcrop of Woolhope Limestone is composed of bioclastic limestones containing much crinoidal debris.

General view of the exposure at New House Farm Quarry, showing flaggy sandstone beds that dip down towards the left (west) of the image.

Close-up of a broken slab of Yartleton Formation sandstone. 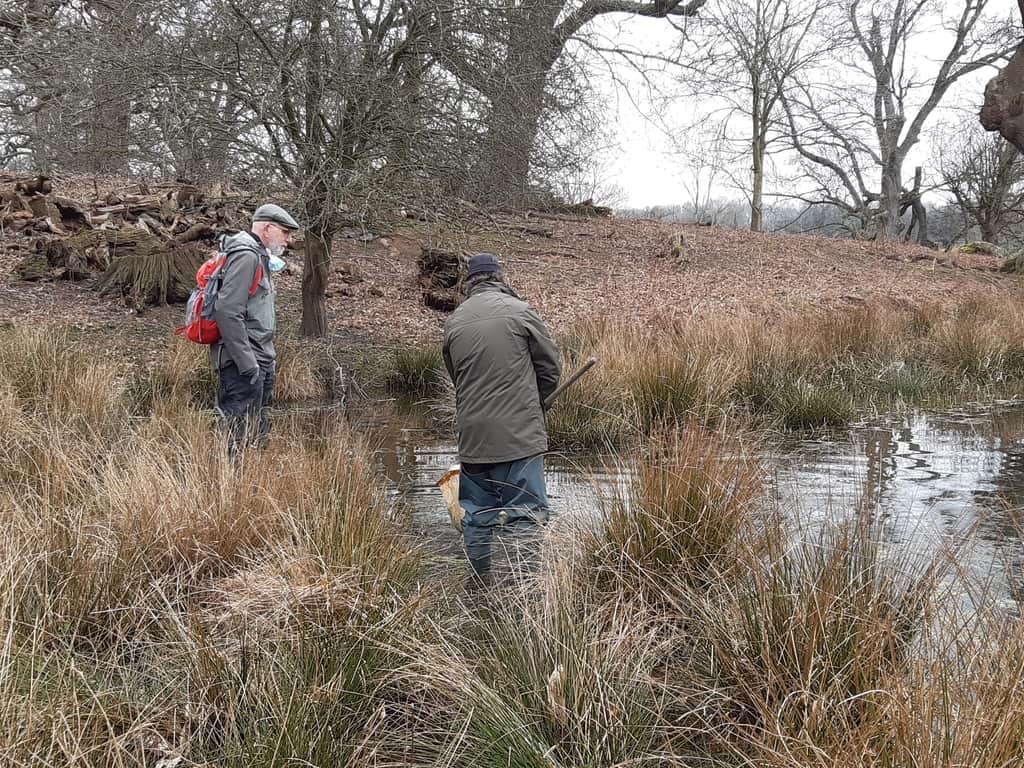 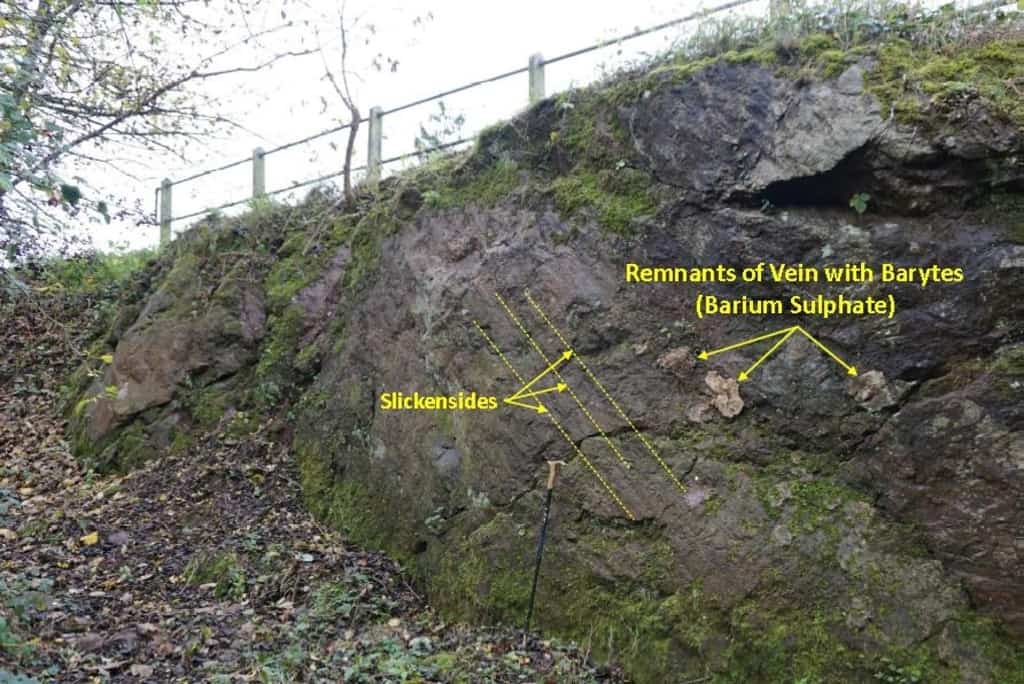