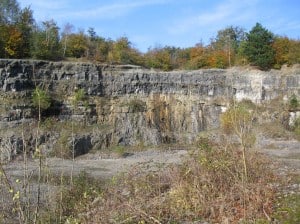 Next Post Introduction (4): Aggregates resources at the Geological Records Centre