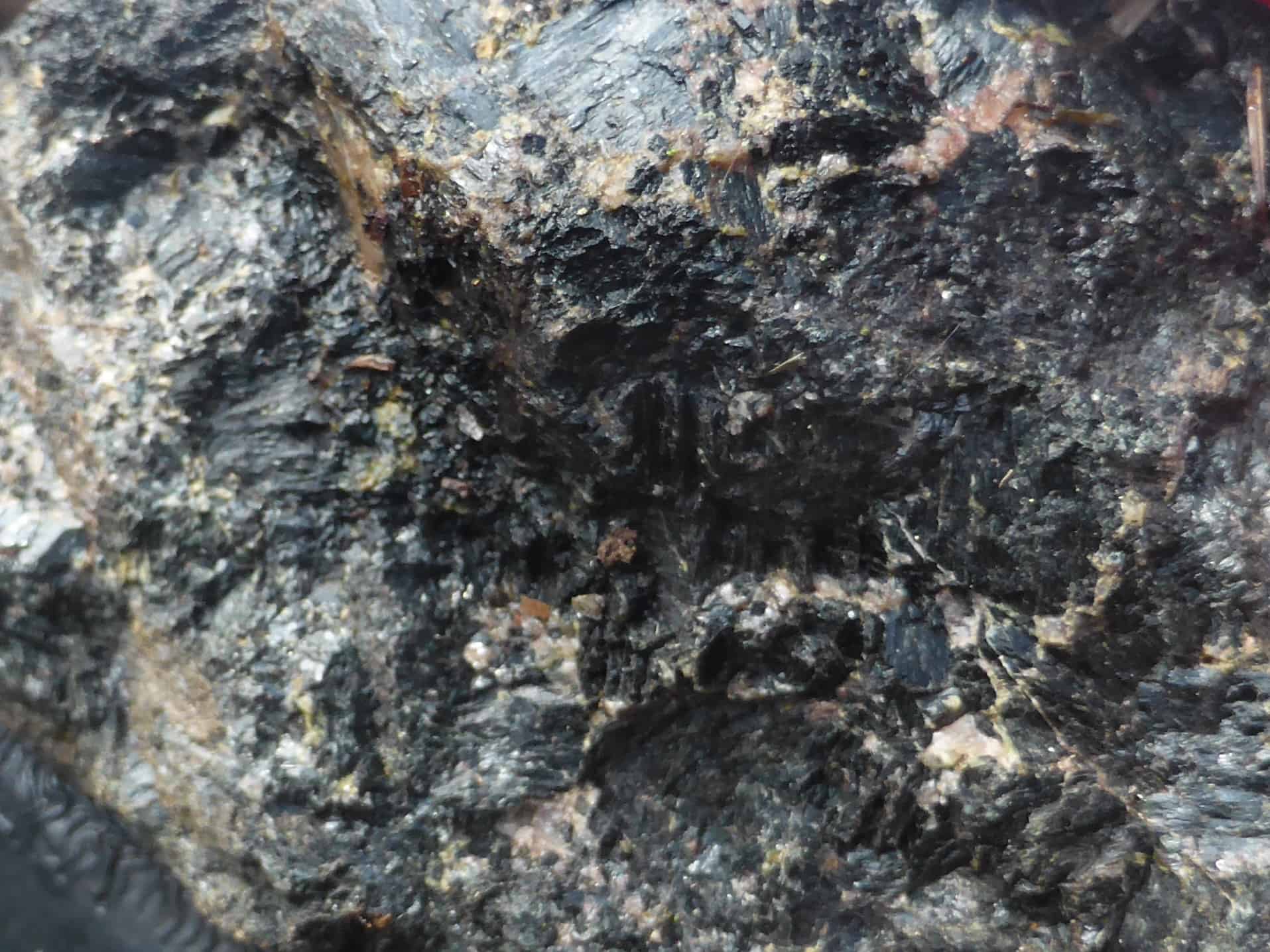 The oldest rocks found in the county, the Malverns Complex outcrops in a continuous north-south linear fashion from End Hill Quarry in the north, to Chase End Hill in the south. Inliers of the Complex occur north of the main outcrop at Cowleigh Roadside and in an infilled pit just south of Martley.

The Malvern Hills form one of the largest and best-exposed outcrops of Precambrian rocks in England. These deformed and metamorphosed igneous rocks are believed to have crystallised from magma beneath a volcanic arc formed at a subduction zone, where one plate of the earth’s crust plunged beneath another.

The Malverns Complex underwent a complicated history in the late Precambrian. The rocks were intruded deep in the earth’s crust about 677 million years ago, reworking older Precambrian rocks. There followed two periods of granite intrusion, metamorphism (changes produced by heat and pressure), shearing of variable intensity, alteration by hot fluids forced into cracks in the rock, intrusion of microdiorite dykes and sheets of pegmatite.

Mafic and intermediate igneous rocks make up about 75% of the suite and are dominantly comprised of altered granites, tonalites, and diorites. These rocks can be found in exposures and quarries all over the Hills. The granites are slightly more restricted, occurring in large bodies north-west and south of Worcestershire Beacon, as well as along Swinyard Hill.

Rare ultramafic rocks have also been recorded along the outcrop. A pyroxenite occurs at Earnslaw Quarry and amphibolites have been confirmed at another quarry.

Due to the multiple shearing that has affected the Complex, many of the above igneous rocks occur in shear zones, and locally take on the appearance of schists and gneisses. These shear zones are abundant and can be seen in multiple quarries and crags along the hills.

Within some of the shear zones across the Hills certain minerals such as garnet have been found, and this is has led to the presumption that the gneisses in which the garnet has been found is of sedimentary, not igneous origin. Such exposures occur in quarries and crags around Swinyard Hill and Gullet Quarry.

More certain metasedimentary rocks occur at the southern end of the range around Raggedstone Hill. Atop the eastern peak of the hill bands of quartzite and amphibolite are exposed; originally these may have been seafloor sediments that were subducted underneath the surrounding igneous material. Further evidence of altered sedimentary rock maybe found in two quarries on the eastern side of the hills. At one, a quartz-plagioclase schist has been found; the original rock may be of sedimentary origin. At White-Leaved Oak Quarry, a phyllonite has been recorded and is still exposed. This altered rock may also have a sedimentary origin.