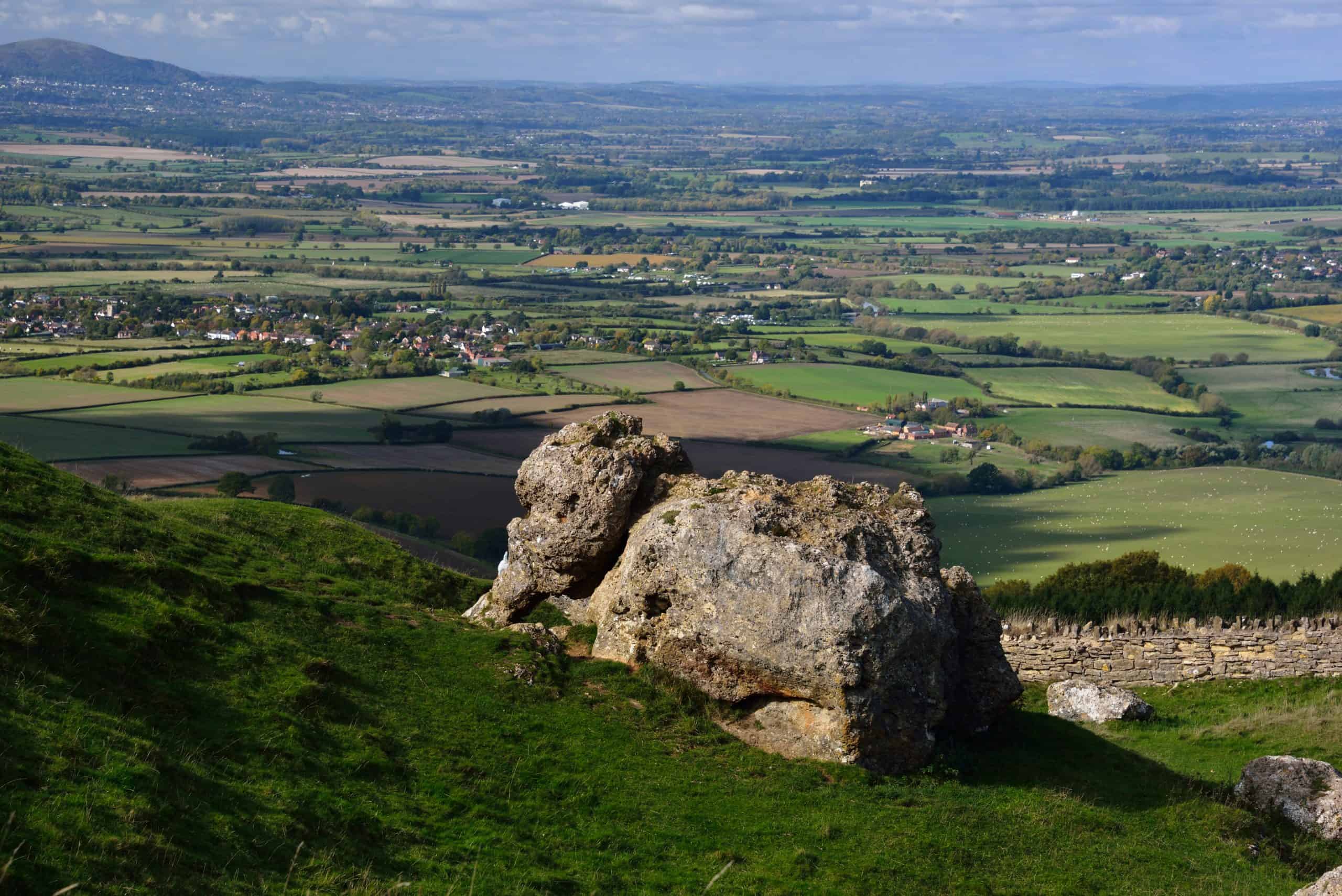 The projects are listed in reverse chronological order.

The idea of the project is to take a holistic view of the environment and to understand the relationships between geology, ecology and archaeology. The Champions have received training in a number of subjects in order to understand the features observed at their site; knowledge which they will now pass on to new volunteers. The conservation work being undertaken will help to ensure the protection of these important features and enable people to enjoy the natural world for years to come. The project has a substantial legacy which you can read about here.

Interpreting and managing aggregate sites (2009-11)
The Community Earth Heritage Champions Project received matched funding from Natural England through Defra’s Aggregates Levy Sustainability Fund in order to produce management plans for six of the Champions sites, as well as the production of a variety of interpretation materials including leaflets and information panels. Large-scale site work was also carried out at two of the Champions sites thanks to this funding. A set of webpages summarizing aggregates in the two counties can be found here.

New Geodiversity Records Database (2009-11)
A grant was awarded from the Aggregates Levy Sustainability Fund to completely redesign and redevelop the existing Geoconservation Database, in order to have a faster and more efficient system of obtaining records and information from an ever increasing archive of information. The project also involved auditing 400 aggregates sites across the two counties, to ensure that the Trust has the most up to date records on these important educational and scientific resources.

Strategic Stone Survey (2008-10)
Funded by English Heritage, the Geology Trusts have been involved in gathering information surrounding local building stones, their sources and local uses. This initiative forms part of a larger aim to identify and safeguard all important sources of building stone, in order that historic built structures can be repaired using the same (or very similar) material. An initial desktop study was carried out across Herefordshire and Worcestershire, followed by a more detailed field survey of a number of important villages and buildings across the two counties. The information gathered has been vital in further understanding how the geology of the two counties has shaped and characterised the local built environment. Further information can be found on the English Heritage website.

Broadway Quarry Feasibility Study (2009-10)
Situated on the edge of the Cotswold escarpment above the village of Broadway in Worcestershire, Broadway Quarry is a designated Local Geological Site (LGS). The quarry was subject to a detailed and widespread feasibility study (funded by Aggregates Levy Sustainability Fund) into its future use and management upon restoration. The restoration plan includes the retention of a geological face and the recreation of an area of lowland calcareous grassland in the quarry floor. The study drew up some recommendations to take forward, as well as some generic guidance for other quarry operators and organisations when looking at the post-restoration management of an aggregate sites with a high nature conservation interest. The study can be found here: Broadway Quarry Feasibility Study.

Local Geodiversity Action Plans (2007-09)
Since 2006, the Trust has been working on the production of geodiversity action plans (GAPS) for Herefordshire and Worcestershire. The initiative began with a geodiversity audit of the resources of Herefordshire and Worcestershire in 2007-08, funded by the Aggregates Levy Sustainability Fund (ALSF). Funding was then secured from ALSF again in 2008-09 to produce and publish the Action Plans for each county. All future initiatives and projects are now designed around fulfilling the actions within the Plans. Further information and copies of the GAPs are available here.

The Geopark Way (2006-09)
The aims of the Geopark Way project were to establish a long distance Landscape and Geology walking trail through the Abberley and Malvern Hills Geopark, and to write and publish an accompanying trail guide. In 2006 the project commenced, supported under the England Rural Development Programme by the Department for Environment, Food and Rural Affairs and the European Agricultural Guidance and Guarantee Fund. Together, Gloucestershire Geology Trust and the Earth Heritage Trust researched a suitable trail route through the Geopark; one which would allow the geological story of the Geopark to be told and also be a pleasant, enjoyable walk. Throughout the life of the project many obstacles had to be overcome. Financial aid from Advantage West Midlands helped us navigate our way around the setbacks caused by the floods of 2007. The time, support and knowledge offered by community groups and organisations were of great help in allowing this unique trail and project to be realised. Here is more information :  about the trail and about the guidebook.

Trust Brochure 2nd edition (2008)
A £5000 grant from Awards for All was used to revise and reproduce the very popular (and free!)  brochure, which highlights all the activities and areas of work of the organisation.

Development of the RIGS Condition Monitoring Form (2008)
Despite the increasing number of RIGS being identified and designated, back in 2008 there was no standard way of recording the condition of these important sites. As a result of a request by the Malvern Hills AONB to develop a template for assessing the condition of RIGS, The Trust, supported by the AONB, Natural England, the Geology Trusts and UKRIGS designed and tested the first ever RIGS Condition Monitoring Form. The success of this exercise resulted in the condition assessment of all of the Malvern Hills AONB’s RIGS, as well as the template being rolled out nationwide as the agreed national standard for assessing the condition of this important aspect of our earth heritage.

Geology and Landscape Walks for Health Programme (2007-8)
Sponsored by Natural England’s Aggregates Levy Sustainability Fund, the purpose of this project was to develop and promote a geology and walks for health programme within the Abberley and Malvern Hills Geopark. The four guides are now available here.

Worcestershire Baseline Data (2006-7)
The Trust was commissioned by Worcestershire County Council to undertake a baseline survey of Worcestershire’s superficial deposits, soils and river systems, with particular reference to potential Regionally Important Geological or Geomorphological Sites (RIGS) and/or sites that may be sensitive to environmental change. A desktop study of the current information on the type and extent of superficial deposits in Worcestershire was made and a revised description and classification compiled. Fieldwork to identify potential RIGS was carried out. Peat deposits were highlighted as being of particular conservation importance with regards to geodiversity, biodiversity, archaeology and the mitigation of climate change. A digital map of known peat sites was created. An assessment of previous soil surveys within the county was made. A revised classification of soil series present within Worcestershire was compiled. The relationship between soils, man and climate change was briefly summarised. Recommendations for RIGS were made. Stream sub-catchments in the county were identified and their features derived from the Flood Estimation Handbook. Using an analysis programme, a revised classification of the county’s streams and rivers was made. Fieldwork was carried out to test the validity of the revised classification. From this a more detailed description of the classification was made, potential RIGS highlighted, and water courses that may be at risk from changes through development were noted.

Earth Heritage Education Programme (2002-5)
In June 2002, the Trust received from the Heritage Lottery Fund an award
of £100,000 over 3 years to develop an Earth Heritage Education Programme.
The project involved locating and developing 12 new trails and designing and
printing 12 new trail guides. A number of interpretation panels illustrating
the geology and landscape of Herefordshire and Worcestershire were also installed.
More information is available here.

WA RIGS Survey (2001-2)
The first collaborative project between members of the then Western Association, now The Geology Trusts (see below). Funded by DETR and co-ordinated by Herefordshire & Worcestershire EHT, the project successfully resulted in 300 RIGS being designated over the region, despite the Foot and Mouth crisis interrupting recording. More information on the project is available here.