The Post-Anglian Deposits exposed here have been classified as the Sutton Walls Member (which corresponds to the 4th terrace of the Lugg Valley Formation).  This is the oldest and highest of the river terraces in the Lugg Valley. Most of the gravels have been removed by quarrying but some can still be seen on either side of the trackway into the hill fort and under the ancient earthworks.

The unit comprises fine, well-bedded gravels and sands, with the coarser material typified by well-rounded to sub-rounded gravels (fragments less than 5cm diameter). The gravels are interbedded with sands that exhibit common permanganate staining and calcite precipitation.  Cross bedding is evident within the unit and indicates deposition by water current flowing SE and SW.  The lithologies are dominantly derived from north of the site and include Silurian sandstones and siltstones, Old Red Sandstone limestones  and sandstones, Lower Palaeozoic greywackes, rare coal clasts and Longmyndian (late Precambrian) igneous pebbles. 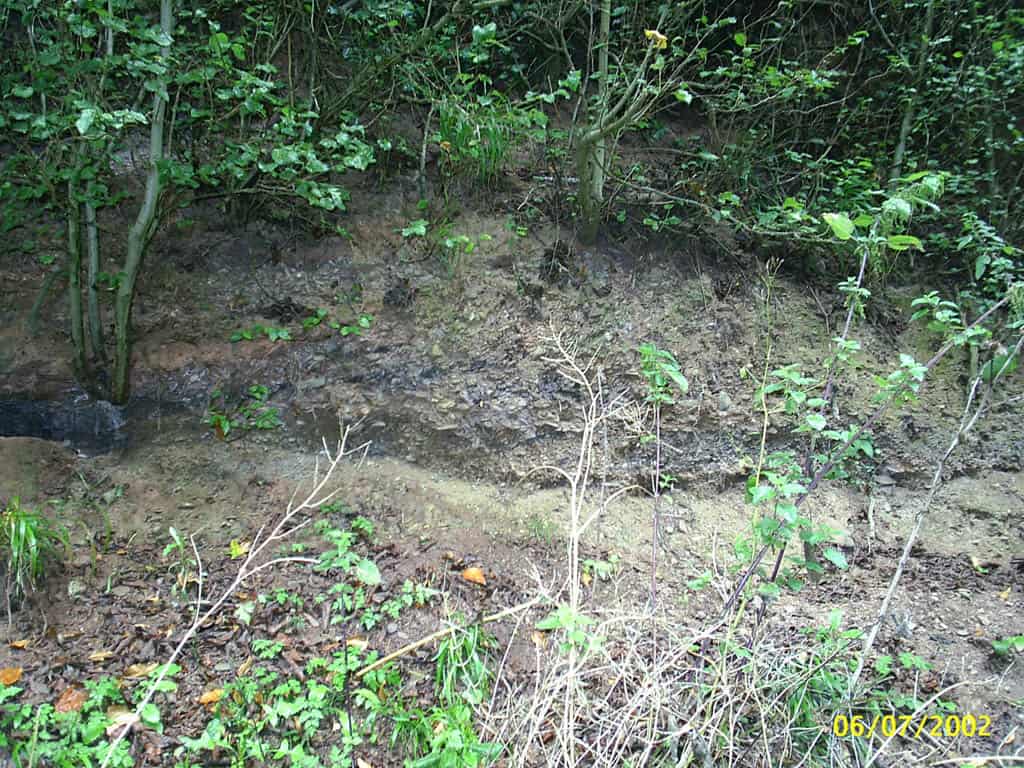 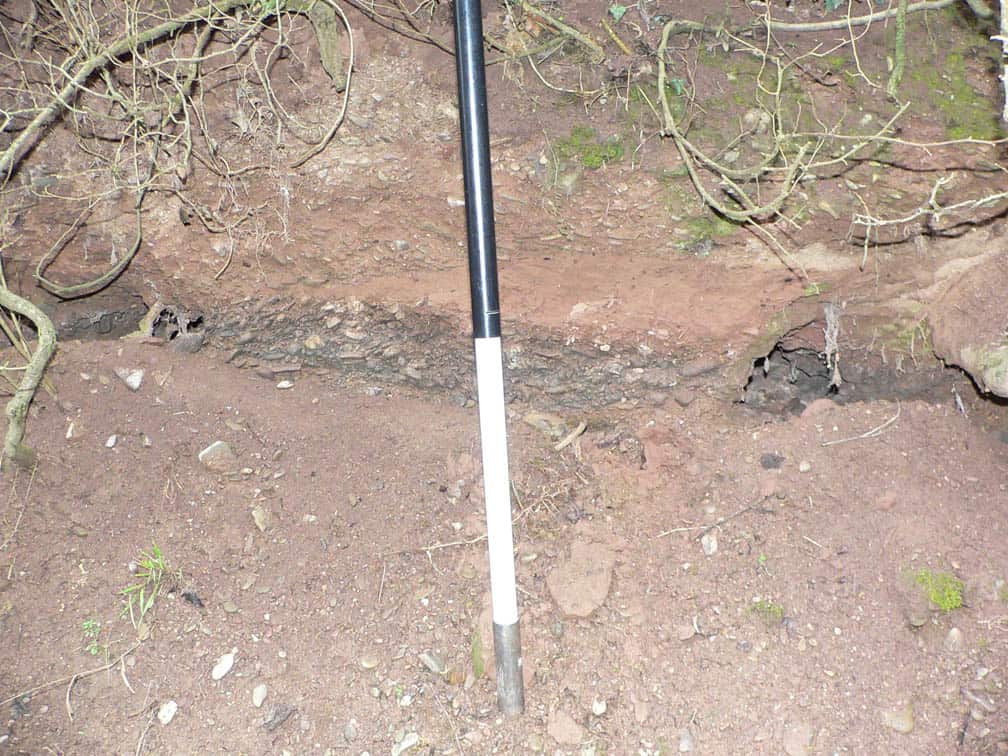 Detail of the exposure at Sutton Walls. 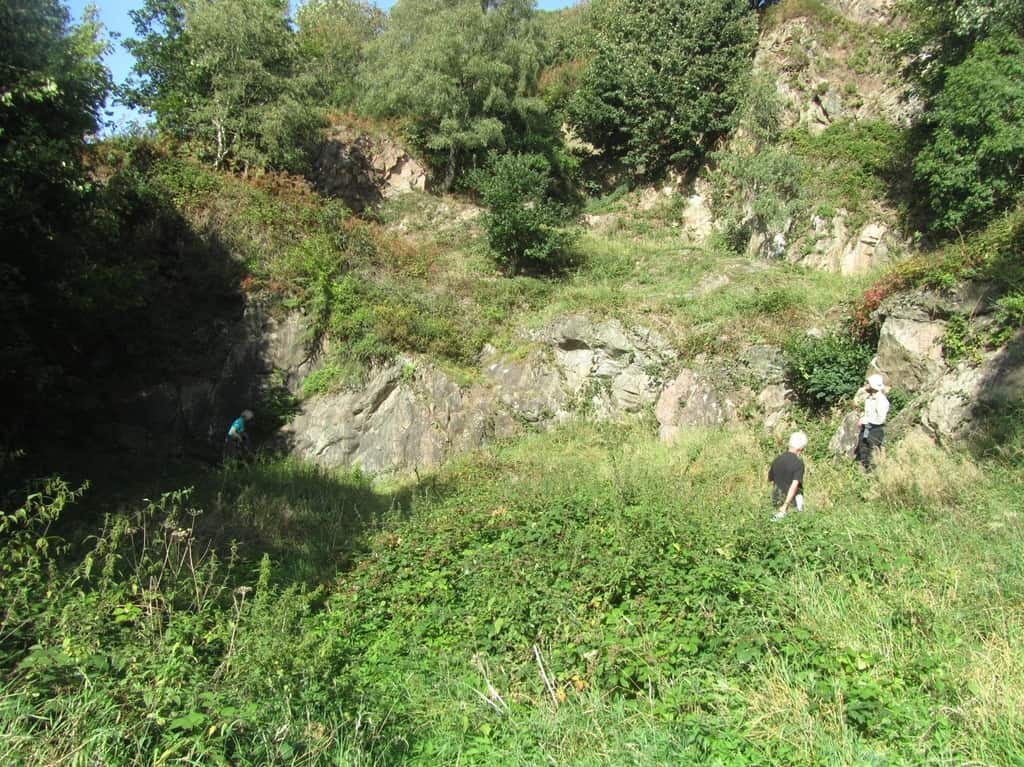